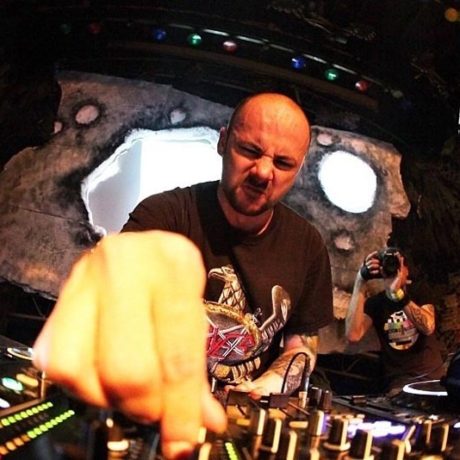 I've been producing electronic music since 1998, when I started a project called Desert Storm Breakcore Squad with my friend JayB. We produced a quite unusual mixture of hardcore techno and jungle, because I had a hardcore/speedcore background and Jay was more into jungle.

Later on I bought my own PC and started making music by myself under the Noize Punishment moniker. I always liked grindcore, punk or metal and I guess this influence is traceable in my tracks. Among the biggest influences to me I would count Alec Empire and Atari Teenage Riot, Mathis Mootz (Panacea), Bombardier.
With support from Christoph Winkler I've played as Noize Punishment live at Fuckparade in Berlin, Germany, with Venetian Snares, Scud and Panacea. I've played 3 times in Berlin later, 2 gigs in London, several times in Prague, in Dresden.

Later on, around the year 2005, my musical journey led me to a more intricate style of music, where previous ideas and methods from digital HC and breakcore punk evolved with massive new sound possibilities. Drum and bass was the next logical stage of producing to me. Another of my producer creations came to life ? Forbidden Society. Recently, all my activities are directed this way. Among the results are releases on Freak MP3, Mindsaw, Hell?s Bassment, Nightmare Rec., Jungle Therapy, Hardline Rec.

My tracks appear in the sets of The Panacea, Dj Hidden and also on the mix CD by Technical Itch ? You Need Therapy (2008).

The year 2010 has become a turning point in my career. As a result, I have released a number of tracks on labels like Future Sickness, PRSPCT, Freak, Obscene, Algorythm, Counterstrike, Big Riddim, Union Records, Yellow Stripe, Mentally Disturbed and many others. Being a member of Anger Management and PRSPCT agency, I?m playing at Therapy Sessions all around Europe. Recently it was in Portugal, Austria, Germany, France, Romania, Hungary and Belgium. In 2011 I had a chance to play a gig in the capital city of Japan, Tokyo.