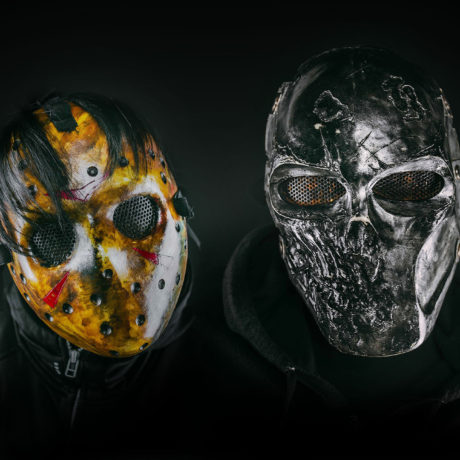 Hallucinator, drum’n’bass project born in Italy in 2007 currently formed by Luca Lodi (Nk) and Simone Sighinolfi (Sygo ex S.M.O.K.E.) proposing a unique and original dark vision of dnb, their pride is driven by having their own identity and not following a particular style. This is why they have affectionately termed their style “Drill ‘n’ Thrill”, which is a mixture of the heavy way a death metal track could sound with the impact of industrial music seasoned with the atmosphere of the scariest horror movies. Their releases on Future Sickness, EMI, PRSPCT, Forbidden Society, Melting Pot, Yellow Stripe, Big Riddim, Assimilate, Mindsaw, Modulate Recordings, have been supported by lots of djs/ producers worldwide and magazines like K-Mag and Twisted Knowledge, and played along names such as Noisia, Ed Rush, Hype, Audio, Counterstrike, Black Sun Empire, Current Value, Cooh, Dom & Roland, Concord Dawn (to quote a few), definitely leaving their mark and schocking the crowds in clubs all over Europe and Puerto Rico.

The masked duo has remixed names like Counterstrike and Forbidden Society and their sound has been appreciated also in the italian music scene remixing quite well known artists like Subsonica (EMI), VOV (Warner Music) and The Modern Age Slavery (Pavement Enterteinment).

Watch out for the forthcoming filth!!!