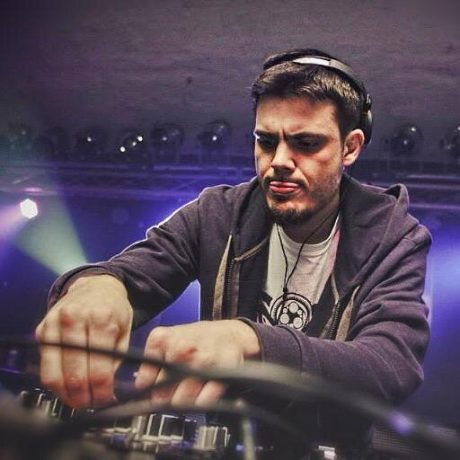 My name is Darius and I’m from Brasov, Romania. I’m turning 32 this year and I’m a real music lover even since I was 6. I started producing techno, oldschool rave and breakbeat around the year 2000, and in 2005 I’ve joined the dnb scene with darkstep productions. By the same time I began presenting my music at local and nations events, and also became a member of that time’s movements like DarkEast Bucharest and Directiva 35 Brasov.
Over the years my tracks evolved together with the scene and went through a lot of experiments purposed to push the known bounderies of a style very little explored by others. I went from darkstep to techno-dnb, then neurofunk and swing-dnb, these last two being the styles I’m currently into.
For a long period I was the leading member of the Kriotek crew, alongside Blast and Nufojah, a project that was dominating the techno influenced dnb scene. Together we had several strong releases and performed in many countries, including Bulgaria a few times.
Afterwards, with my solo project, I’ve been all over Europe for at least 3 times at countless international events and I’ve played alongside the biggest names, or as the main act. Most often I’ve been to Portugal and Slovakia, where my fan base is huge and my sets were most appreciated.
Proton Kid releases as many, Beatport alone counting over 35, among which there’s one album of 12 tracks (ATOMIC LP), 2 vinyls and many digital releases, published by over 20 known labels.
I’ve collaborated, remixed and been remixed by artists like Sinister Souls, Eiton , Mystification, Kaiza, Amex, The Sect, Freqax, Gancher and more.
My sets are highly energetic and well constructed out of mash-ups, own productions and all time favorites.